The Dragon spacecraft is capable of carrying up to 7 passengers to and from Earth orbit, and beyond. The pressurized section of the capsule is designed to carry both people and environmentally sensitive cargo. Towards the base of the capsule and contained within the nose cone are the Draco thrusters, which allow for orbital maneuvering. Dragon’s trunk not only carries unpressurized cargo but also supports the spacecraft during ascent. The trunk remains attached to Dragon until shortly before reentry into Earth’s atmosphere. 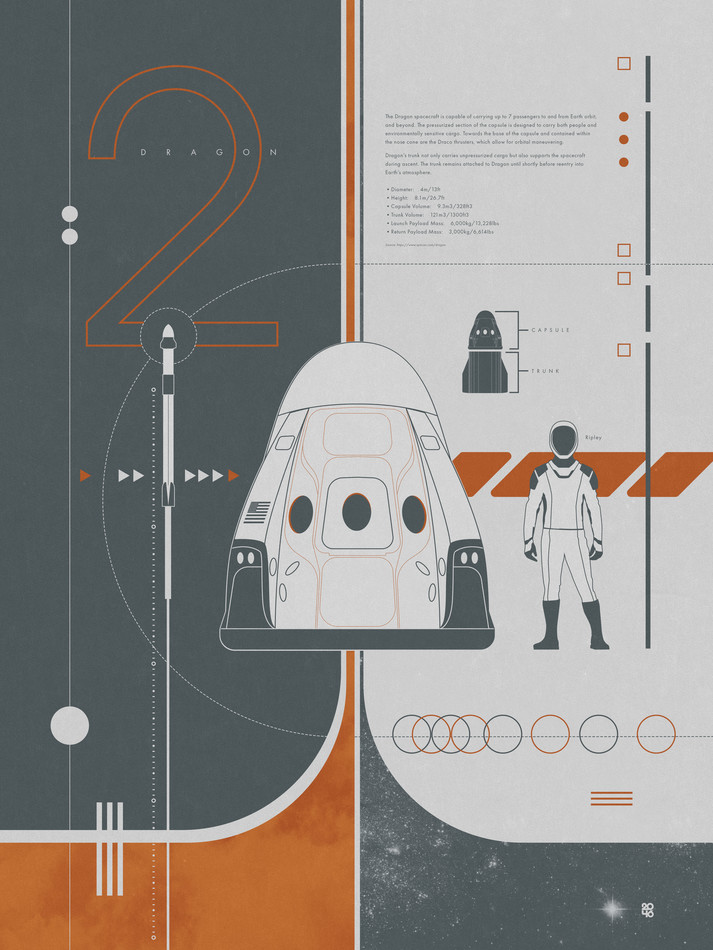 Frame It Buy Print Only

Customize a gallery-quality frame for this print, it will arrive ready to hang.